Close
Thank you! Your submission has been received!
Oops! Something went wrong while submitting the form.
EN
/
FR
Call us toll free - 1.514.643.4353

What makes Ario the perfect place for a co-op term? Ask our interns!

Two of our interns, Ben and Beatrice, discuss their reasons for applying to Ario's co-op program, what makes the development team special, their work's lasting impact and the free perks they love the most.

What were you looking for in a co-op position?

My past co-op placements were with the government, but I wanted to see the difference between the private and public sectors. Also, during my previous co-op placements, I did not have the chance to work in an existing mature team to develop, (e.g. the PR reviews were not present and the work done would not be used at the end).

It’s great to see that at Ario it’s the complete opposite and I feel like I can be proud of what I’ve done and that I made an impact on the Ario Platform.

After doing my last two co-op terms working in government, I was looking to gain experience working as part of a development team in the private industry. I was also looking to receive formal code reviews in order to learn from more experienced developers.

Working as part of a team was also important to me as I find collaboration is important both to learning as well as in finding good solutions to problems.

How did you come to apply to Ario?

I applied to Ario through the University of Ottawa’s Co-op Navigator. There are multiple rounds for the co-op placement. I was not lucky enough to find a job during the first round, but I suppose bad luck is good luck in this situation since I got the Ario job during the second round.

I applied to Ario through the University of Ottawa’s Co-op Navigator. I decided to apply to the junior software developer position as Ario offered a lot of what I was looking for in a co-op position: a development team in private industry, code reviews, and a team environment. I also thought I fit the requirements for the position well as I had experience with web development and relational databases. I was definitely interested in learning about how Ario was building a platform to provide financial and digital services to help small businesses succeed.

How was the interview experience?

The interview went pretty well, it was just like a conversation with a couple of questions. They talked about the position and the workplace in general and asked a couple of technical questions. Then, to know more about you and your technological background they asked questions regarding projects you have done, whether it is in Rails or not.

My interview experience with Ario was very positive! I brought samples of the development work I had completed in the past and shared them with the developers interviewing me. This started off the interview well as I was both excited and prepared to discuss my past work. The interviewers then asked technical questions. When I responded to their questions, the interviewers were supportive in asking leading questions to push my answers further.

What kind of work did you get your hands on at Ario?

During my time at Ario, I mostly did backend work. I worked on a Ruby library called PorkyLib (https://github.com/Zetatango/porky_lib) which is responsible for file manipulation on Amazon Web Service (AWS) S3 buckets. I’ve reworked the way files are uploaded and downloaded on the platform for it to be more performant while keeping the security and integrity of the files in mind.

Also, to make the Ario platform faster, I’ve helped integrate a system where decryption and encryption of the attributes in the database are faster with caching. In addition, since Ario is following test-driven development, all needed to be fully tested with unit and integration testing.

Throughout my co-op term at Ario, I helped to implement a new feature on the Ario platform. I started off the semester by adding new APIs. This was a good opportunity to learn Ruby on Rails and I was excited to do more backend development. I also did some front-end work to help implement the new feature.

I definitely enjoyed working in a full-stack development environment as doing the front-end work was easier having the context of the APIs. Ario follows test-driven development so I wrote the tests necessary for the code I added.

How would you describe the Ario work environment?

In the morning every day, there’s a standup meeting in which every developer discusses what they are working on. This is also a great opportunity to understand what is happening development-wise and to raise any concerns over what you are working on. Every developer has a MacBook to work on and everyone is friendly and you can ask anyone if you are stuck on your work.

And oh, did I say that there are snacks available, even coffee and tea? Also, there’s free lunch once per week with a lunch and learn meeting. And there’s also a yoga and meditation session each week!

I found the work environment at Ario to be very supportive. There is a great team mentality! There was always someone willing to answer my questions which helped me to learn quickly when developing in two languages that were new to me.

Ario developers also work in squads which are small, flexible, temporary teams formed to complete an initiative or a new feature. This helps to create an environment where developers have ownership over their work as they see the feature from the beginning to when it’s implemented. Ario also has free snacks, coffee and tea, and yoga on Tuesdays! 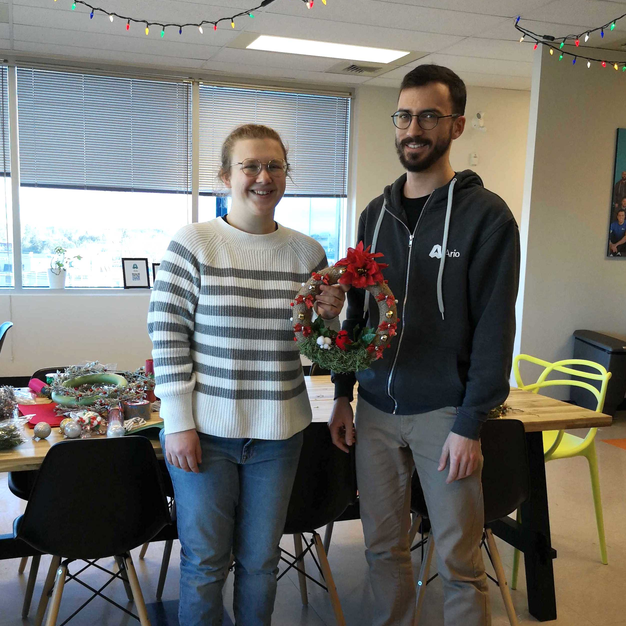 What makes Ario the perfect place for a co-op term? Ask our interns!

I applied to Ario through the University of Ottawa’s Co-op Navigator. I decided to apply to the junior software developer position as Ario offered a lot of what I was looking for in a co-op position. 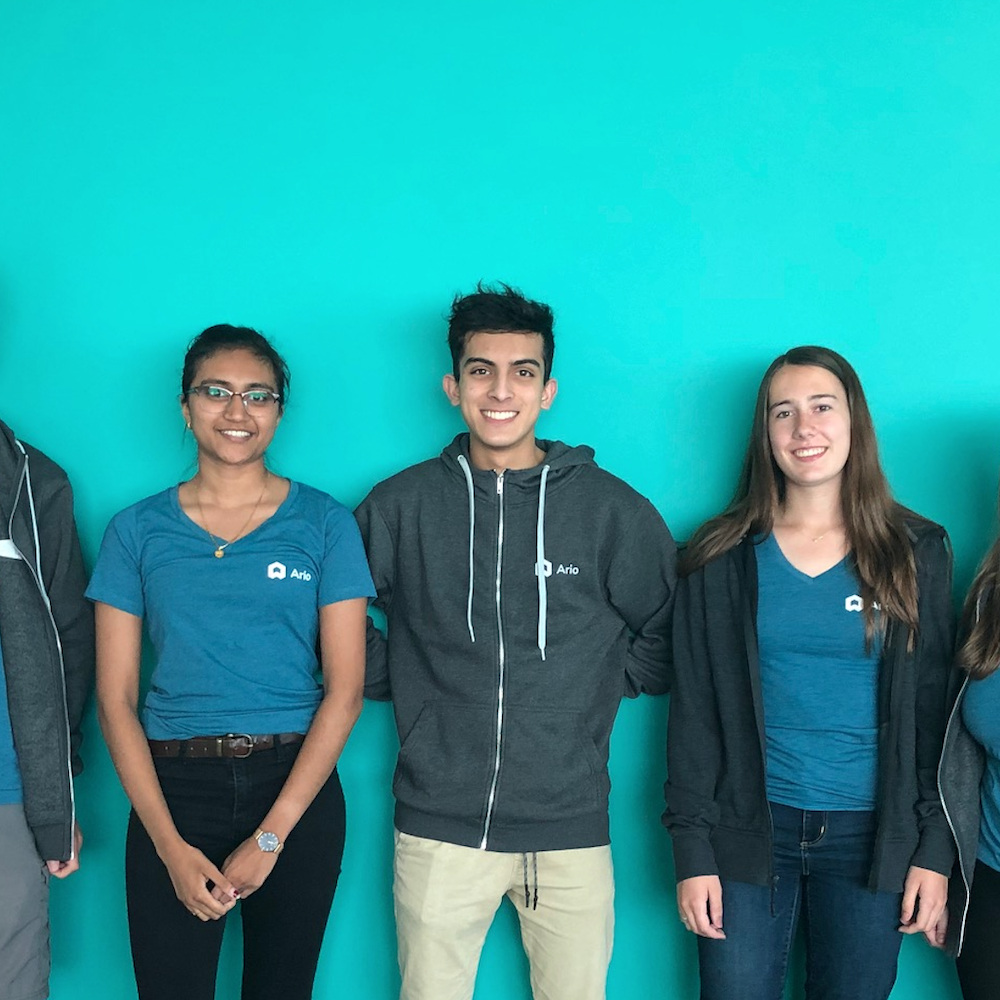 If you’re reading this, you’re probably enrolled in co-op or simply curious about what a data science internship is like. Nevertheless, here’s my experience.

Start increasing sales and streamlining receivables with your own custom financing experience.

Thank you! Your submission has been received!
Oops! Something went wrong while submitting the form. 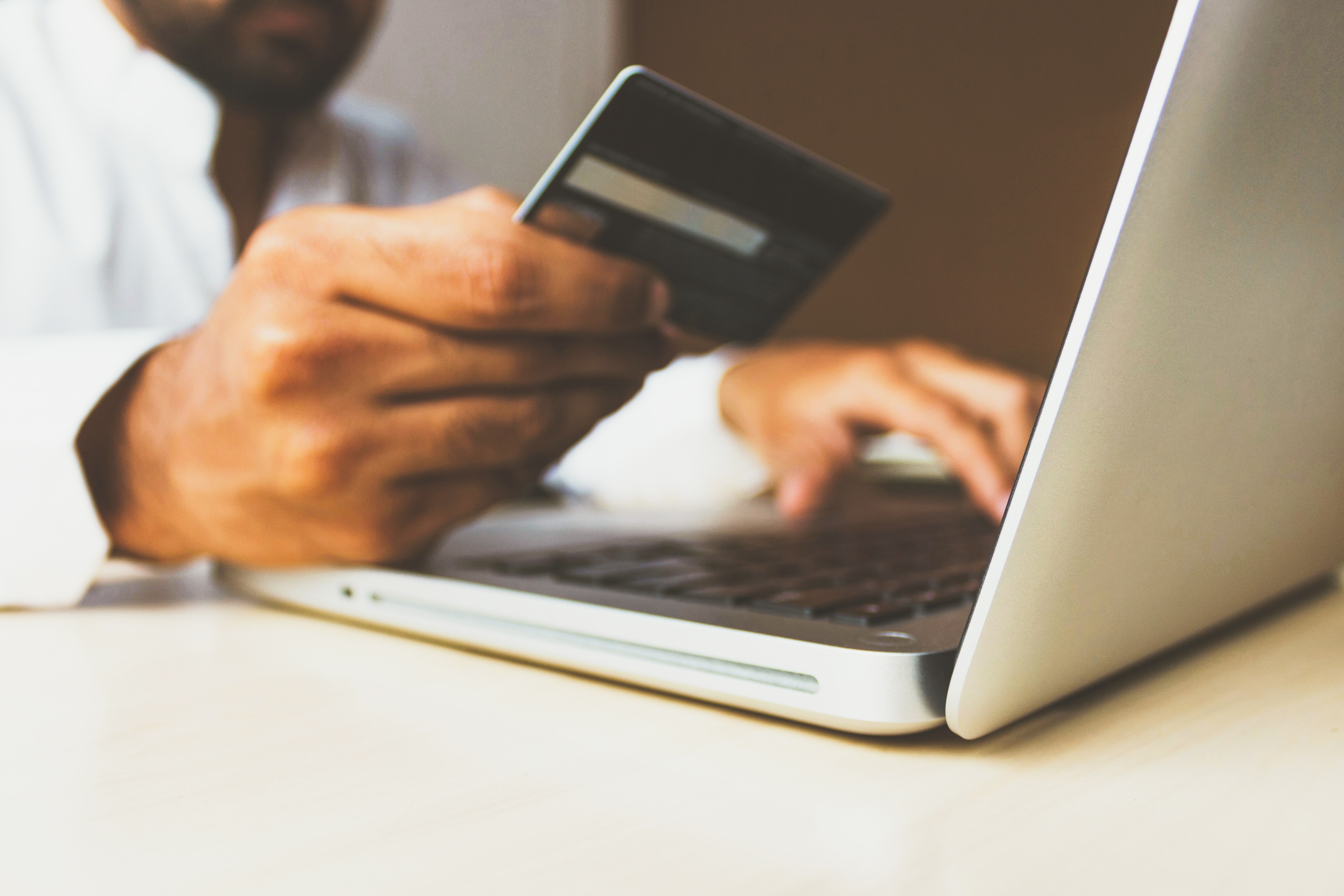 When you start crunching the numbers, it’s obvious how much credit card payment fees are taking from your profit.

Financing gives your customers control over their payments in a way credit cards never can. 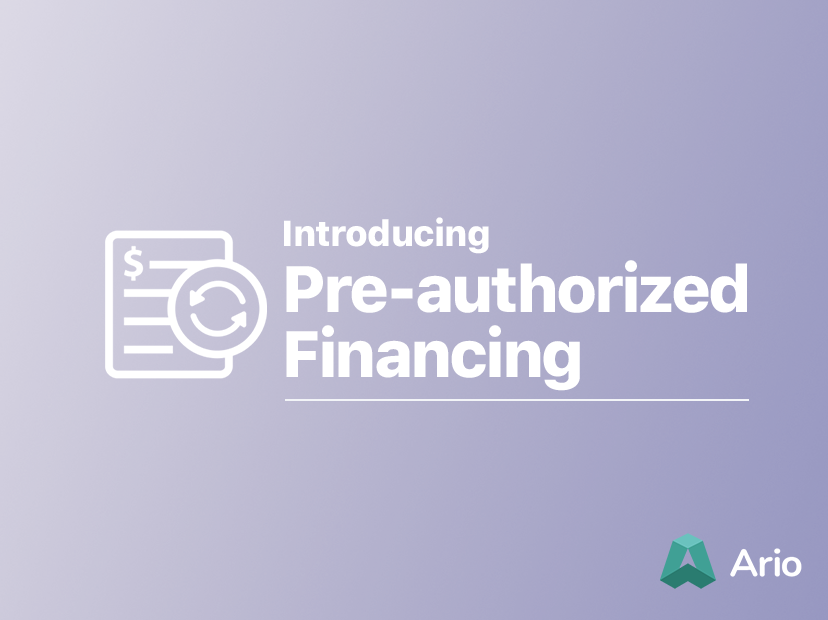 Make the process of settling up even easier for your customers. Introducing Pre-Authorized Financing, the latest feature from Ario, designed to help your customers pay off invoices easily and get you paid instantly. 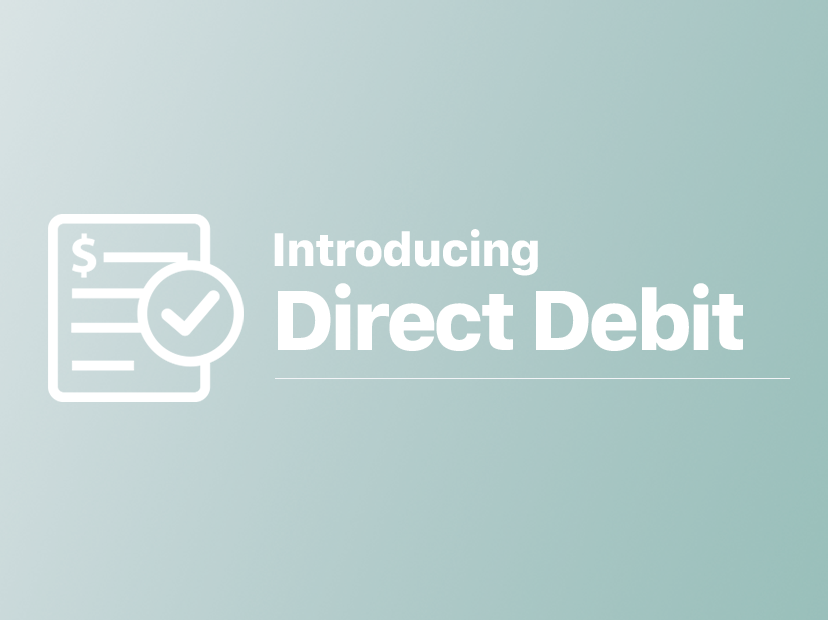 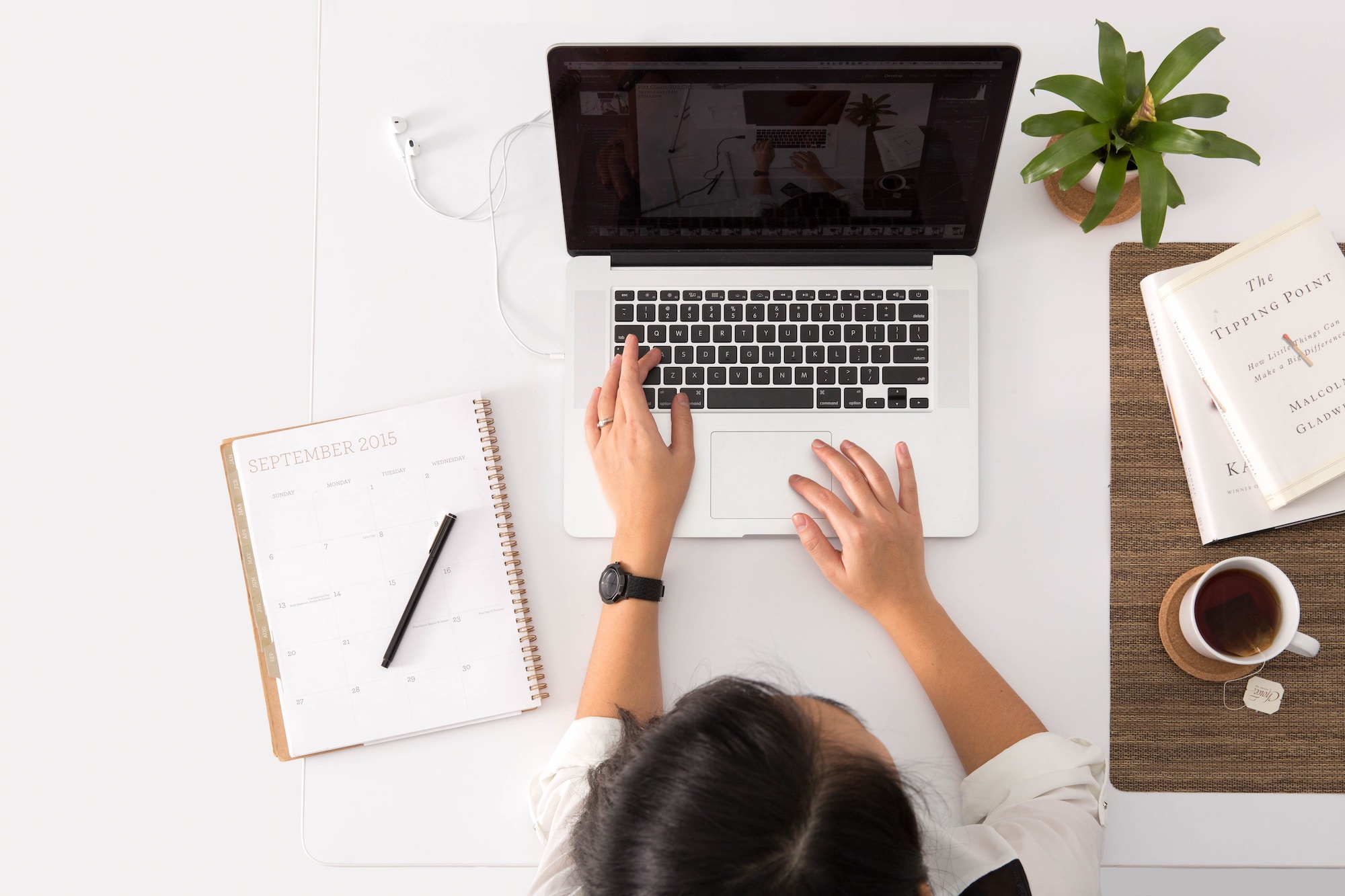 A number of factors contribute to your credit including what you currently owe, how promptly you’ve made previous payments, how much credit you’ve used, and other general information about your business.

Access to tools that make doing business easier is great, but what’s even better? The ability to connect the tools you use daily to help save you more time and keep you organized.

When you start crunching the numbers, it’s obvious how much credit card payment fees are taking from your profit.

Financing gives your customers control over their payments in a way credit cards never can.

Access to tools that make doing business easier is great, but what’s even better? The ability to connect the tools you use daily to help save you more time and keep you organized.